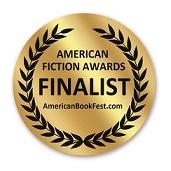 Inspired by real-life class-action lawyers, The Education of Ryan Coleman begins in a Texas courtroom, where an ambitious attorney from Philadelphia chases his share of a lawsuit and gets his ass reamed by the judge. During this “trial-by-fire,” Coleman meets Eugenia Cauley, a female legal shark whose life ends tragically, and Robert Smalley, a brilliant attorney and borderline criminal who boasts that “I have the greatest practice of law in the world. I have no clients.” Coleman enters a hedonistic world of wealth and power, and becomes an errand boy and fixer for Randy Hollis, an insanely successful lawyer who is trying to buy a professional football team. Patrick Coyle, a prosecutor with an old grudge, and Dick Dickey, former Secretary of Defense and CEO of a military contractor, try to ruin Hollis and Coleman. When an escort mysteriously dies in Hollis’ penthouse, Coleman must choose between telling the truth or going to jail. This satirical thriller reveals how our legal system enables lawyers to get filthy rich. As Mortimer Zuckerman, real estate magnate and media billionaire, once said, “Practicing law is the exact opposite of sex. Even when it’s good, it’s bad.”