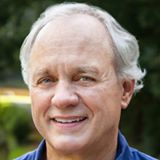 A writer, lecturer and consultant, Ray Dan Parker lives in suburban Atlanta with his wife of more than forty years. When not writing, he spends his time working outdoors, teaching and serving in his community.

As a student at the University of Georgia, Mr. Parker studied literature and history and wrote for several campus publications. It was there he developed his love of writing.

Mr. Parker’s first novel, Unfinished Business, is the story of Tom Williams, a young newspaper writer who returns to his hometown in 1968 to investigate the deaths of his parents and the lynching of a friend for a murder he didn’t commit.

Fly Away finds Tom and his wife Colleen, years later, living in Midtown Atlanta. On a chance invitation to an outdoor concert they meet Dina Savage, a young woman who has escaped a childhood of abuse and neglect and parlayed her God-given talents into a new life and a successful career, only to have her violent past catch up to her.  Tom, now retired and writing freelance, follows Dina’s background from a courtroom in Marietta, Georgia to her hometown of Clewiston, Mississippi, where he uncovers a twenty-year old unsolved murder.

Mr. Parker’s latest work, Pronounced Ponce, continues the series, with Tom helping Atlanta police investigate a series of murders all too reminiscent of serial killings from 1979 and 1980. The cast of characters includes a Peachtree City housewife whose bad choices have forced her into the service of a dangerous drug lord, a corrupt former narcotics officer, a neighborhood vigilante, and a middle-aged writer with no apparent past.