Several Slade novels have been honored with awards or nominations as best novels in their respective years of publication. Hanging Judge was a finalist in the 2010 Western Writers of America’s Spur Awards. Manhunt won the 2010 Peacemaker Award from the Western Fictioneers. Avenging Angels was a 2010 finalist in the same category and was also a finalist for the 2011 Best Original Mass Market Paperback for the WWA’s Spur Awards. Blood Trails was nominated for the 2011 WWA’s Spur Awards for Best Western Novel. 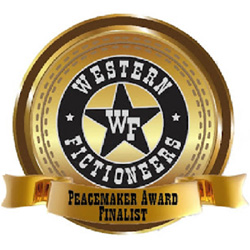