A Character Interview with Beatrice Szabo from FIUME – THE LOST RIVER plus a conversation with author Branka Čubrilo! 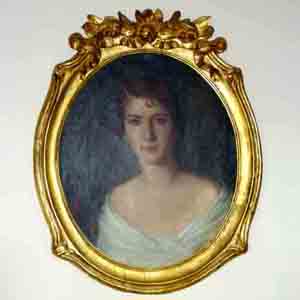 Today, we’re doing something a little different. If you remember, we interviewed Christi Williams’ character on October 8th and it was so fun that I thought we may as well make an occasional habit of it. I have had the pleasure of knowing Branka Čubrilo, the author of Fiume – The Lost River, for awhile now and I asked her if she’d let me borrow one of her main characters, Beatrice Szabo, from the book. We’ll get a chance to talk to Branka in a bit, but now we have on the stage…Beatrice Szabo!

Beatrice Szabo: Hello. Thank you. It’s a pleasure to be here.

Marie: We’re going to start out with some simple questions, okay?

Marie: So, Beatrice, what is your occupation? Are you any good at it? Do you like it?

Beatrice: I was a milliner, a hat-maker for sophisticated clientele at the beginning of the 20th century, first in Fiume, then in Vienna and in the end in Sydney. I was a master of the art that I had learned from my mother who was considered as the ‘best hat-maker’ in the entire region. I did like it, I always considered it to be my biggest love after I lost my beloved Vincenzo, who passed away too early, too young.